Scottish newcomers Chvrches released their debut album The Bones Of What You Believe a few weeks ago, and has received a lot of attention for their first single, the beautiful "The Mother We Share" that was first released last November, but has gotten a new life due to its music video that was put out in August. This is a big synth-pop ballad that keeps growing on you, becoming a little better and a little richer-sounding each time you listen to it. These guys, fronted by singer Lauren Mayberry, should have a bright future indeed. 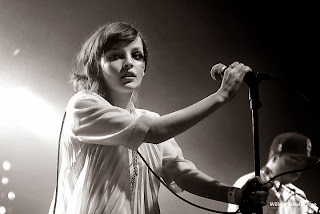