"Hollow Talk" by Choir Of Young Believers is the eerie theme song from the equally eerie Danish/Swedish television series Broen (The Bridge) which is currently in its second season. COYB is the moniker chosen by a Danish singer/songwriter named Jannis Noya Makrigiannis, who arms himself with different musicians depending on his need. "Hollow Talk" is a spooky-sounding minimalistic piece of music featuring a naked piano, a sombre cello and Makrigiannis' haunted singing, and at around the three minute mark it speeds up and turns into something that Icelandic band Sigur Rós could have made. It's featured on the album This Is For The White In Your Eyes, released in 2008. Fabulous stuff!
Listen 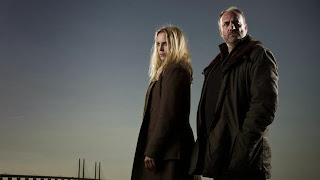