Beranek's full name is Espen Beranek Holm, a Norwegian journalist, satirist, comedian and musician, who has just released his first new album in 19 years. Sensitive Dependence is an old school synth album, belonging in the same musical landscape as early Human League, Ultravox around the time of the Vienna period, Cabaret Voltaire, Tuxedomoon, OMD and of course Kraftwerk, some of these names to a larger extent than others. Beranek's major claim to fame is for the 1981 novelty hit "Dra te hælvete" (Go to Hell) which was banned from the same Norwegian broadcaster that some years later became his employer, NRK. The music on Sensitive Dependence is quite different from this though, moodier and more atmospheric. "Tobor's Heart" is a beautiful instrumental off the album, with an accompanying music video showing a pair of dancers on top of the Opera building in Oslo and briefly showing Beranek himself at a couple of occasions. And the album comes highly recommended, by the way. 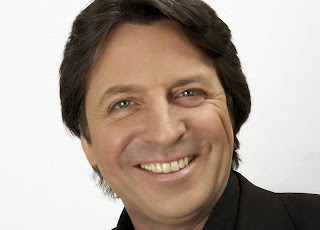