When New Orleans R&B legend Aaron Neville did a version of George Jones' classic country hit "The Grand Tour" (the title track off Jones' 1974 album) on his 1993 album (also called The Grand Tour) it was indeed a marriage made in Heaven. Neville's smooth voice and Jones' beautiful honky tonk tune are simply perfect for each other. The original hit the number one spot on the Billboard country charts, but Neville's version made it too, as his only entrance ever on the country charts, at a more than respectable number 38. It should have been a number one hit, but who cares? Both versions are classics. 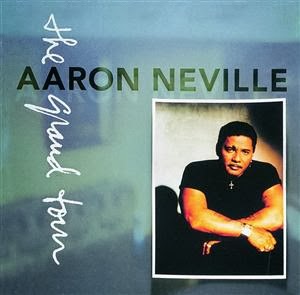