MS MR - Think Of You

New York-based duo MS MR (pronounced Miss Mister) recently released their debut album Secondhand Rapture. Although I loved the first two singles "Hurricane" and "Fantasy", it actually took me three months to listen to the album, and guess what? It's great! An electronic pop record with an overall sinister atmosphere, comprised of 12 melodic songs. "Think Of You" is the third official single to be released from it. If you like Lana Del Rey, you'll love MS MR. 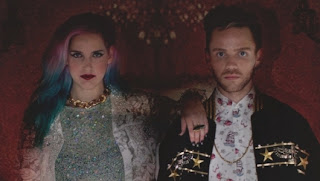