Norwegian singer/songwriter Rune Berg, who basically was more of a musician/songwriter until recently, sort of refused to grow up when his friends grew up around him, or rather, he had no plan B. Writing songs for his two bands The Margarets and Number Seven Deli, the former sadly disbanded, Rune has been one of the most talented songwriters around for years in Norway, but somehow he has never quite "made it", although he enjoyed moderate success with The Margarets. Their debut album What Kept You? reached an impressive number 2 on the national charts in 2002. 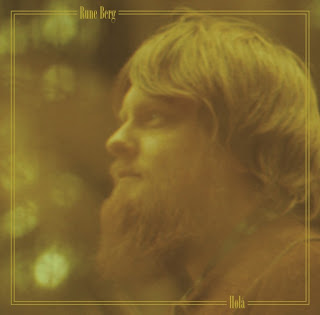 Being my favourite (Engligh language) Norwegian band, The Margarets did nothing wrong and produced four fabulous albums, the last of which, Look For Love, was released in 2008. This autumn, three of the band members (Rune Berg, Ronnie MAG Larsen, Alex Rinde) have gathered to release the brilliant vinyl single "Strangers In A New Town"/"Winter Waltz", but bygones apparently ARE bygones. The Margarets are no more, at least for now.

Rune Berg, however, who's also the chief songwriter for Number Seven Deli, another band he plays with that released their third album Toxteth in March, has finally struck out on his own, also - for the first time - as a singer, due to the fact that he seems to have nothing else to opt for in the job department. We, as listeners, are SO lucky.

Hølå, the decidedly Norwegian title that refers to "the hole" that his grandfather chose to build his house in, on the island of Giske where Rune and quite a few of his friends, family members and fellow musicians hail from, is Rune Berg's debut solo album. Taking his cues partly from his songwriting past, and to a larger extent from his many sources of inspiration, he has created one of the most exciting albums of the year. Had I been a musician myself, I would have been sick with envy. As it is, I'm simply thrilled, honey, as Edwyn Collins might have put it.

Opening track "All My Time" is a six minute musical journey, namechecking some of Rune's heroes from the past, covering a lot of ground, from The Beatles and The Byrds to Morrissey and beyond, and on the way picking up semi-obscure Norwegian bands such as Matchstick Sun and Astroburger.. Not only did Saint Etienne release their best album ever this year with their Words And Music By Saint Etienne, but Rune Berg has (most likely unintended) released a similar type of record, referencing sources and inspirations throughout, several of them the same as Saint Etienne's, but with very different results. Whereas Saint Etienne has made what is essentially a dance record, Rune Berg delivers quite the opposite.

Say what you will, but Hølå is not an album that shouts its presence to the world. In most ways it's quiet, opting for the subtle rather than the blunt. The Margarets was a band with its fair share of melancholy songs, but many of these had a summery sheen, sounding quite happy at times. That is not the case with the songs on Hølå. This is more of a winter record. Still, I wouldn't call it dark.

There is elegance present both in arrangements and songwriting, and if The Beatles is a reference point it should be directed more towards the songwriting of George Harrison than towards Lennon or McCartney. Also, Rune Berg is the kind of songwriter who evidently gets his inspiration from other sources than the most obvious ones. My assumption is that being the music lover that he is, he simply delights in channeling whatever he hears into his own songs, and that, at the end of the day, in some way he becomes the kind of songwriter he admires, but never sets out to eclipse. It's probably something that just happens, an ever-evolving process.

The album is semi-autobiographical, a testament to the helplessness a true music afficionado always feels. On one hand, he or she lives in a world beyond words, a world where everything seems possible and everything seems true. On the other hand it's a prison, a constricted world that never lets you grow up, that never really sets you free. 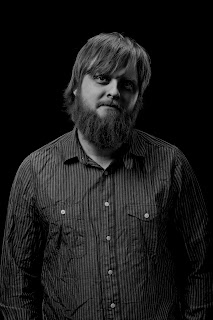 In the end though, it all comes down to songwriting brilliance. That's what sets Hølå apart. The album's ten songs are indeed brilliant, but they also have layers upon layers that channel doubt, awkwardness and even clumsiness. Just as with the songs he's written for The Margarets and Number Seven Deli, Rune's solo compositions show a songwriter who's always on the threshold of a world where there are only room for the very best, sometimes stepping over the finishing line, sometimes staying on the brink of it, but also, sometimes not being able to take that final step. Luckily it doesn't matter, because his intents are pure. If he fumbles, in the end he also, somehow, succeeds.


Favourite songs? I don't really feel like naming any. Hølå is an album that should be listened to in its entirety, preferably in your own company. It's not an album for parties. It is however, an album for connoisseurs of music, just like Rune Berg himself is. There are melodies here that will hit you, not with a bang, but quietly, modestly, sincerely... Most probably you will love it if you let it in. I did.