Nathalie Archangel - Mr. Perfect For Me

Some weeks ago I bought a record player, my first in many years. Inbetween there have been CD's and MP3's, but boy did I miss the sound of the stylus hitting the grooves on the LP's with a small electric click! I haven't kept a lot of LP's but a few that has never been released in other formats has stood unplayed for several years. Among them is the eponymous debut LP from one Nathalie Archangel whom you probably have never heard of. It was released in 1987, a perfect pop album produced and partly co-written by David Kahne. She further released an album in 1991 and things have been quiet since, until apparently she's back with some new music in 2013 and an album called Raven. Got to hear that one, but until then let's hear it for the awesome pop song "Mr. Perfect For Me", an irresistable tune that has got me hooked once again. I remembered the album as a great one and it still is. The video looks like it was shot on Mallorca, by the way and is a sunny-looking thing that goes very well with the song. 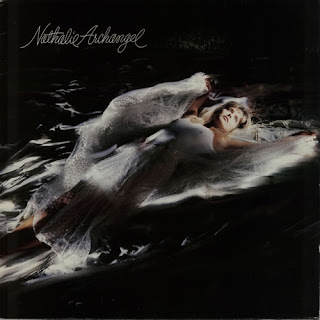