In the October issue of British Q magazine, writer Andy Fyfe states in his review of the new Glen Campbell album See You There, that master songwriter Jimmy Webb wrote the song "Postcard From Paris" for the sessions of Ghost On The Canvas, the album Campbell released in 2011 from which sessions the material for See You There also belong. Fyfe should check his sources better as Webb himself recorded "Postcard From Paris" on his 1993 album Suspending Disbelief, and for all I know other artists may have recorded the song as well. But no matter, it's an absolutely fantastic song. Here's the Webb version, and if I remember correctly, the female voice belongs to Linda Ronstadt. 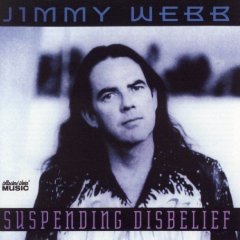