When Tracey Thorn and Ben Watt met they soon joined forces and formed both a life-long partnership and the duo Everything But The Girl, which just happens to be one of my favourite bands. But around this time they also both issued solo albums, quiet acoustic little things filled to the brim with youthful seriousness. "Waiting Like Mad" from Ben Watt's 1983 album North Marine Drive is as haunted and lonesome-sounding as humanly possible with its cry of "I'm hurting inside" and the desperate sound of a saxophone just being the tip of the iceberg. It's not possible to write a sadder song, but it's also one of the most beautiful songs that I know of. Now Ben Watt is FINALLY coming around to working on a new solo record, and boy am I eager to hear what that will sound like, but until then, this will do nicely. 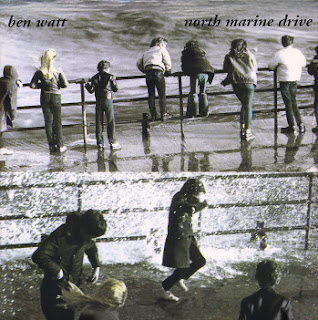