Sade - Is It A Crime

Sade Adu, one of my very favourite singers, always pleases me to hear. "Is It A Crime" is the beautiful opening track from Sade's second album, 1985's Promise. This slow jazzy, pop song was released as a single, but only reached number 49 on the UK singles charts, and it didn't chart in the US at all. Still, the album was successful - and very good - cementing Sade and her band's standing with audiences on both sides of the Atlantic. 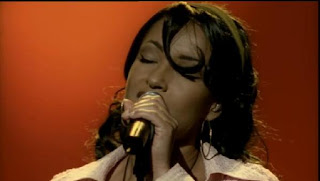