Neil Young - Hole In The Sky & Singer Without A Song

Tonight I'll be seeing Neil Young perform with his legendary backing band Crazy Horse, a concert that is guaranteed to be a wonderful, lovely mess. Among the songs they most certainly will play are classics like "Powderfinger" and "Cinnamon Girl", but there may also be room for some unreleased songs such as "Hole In The Sky" and "Singer Without A Song". They performed both in Helsinki two days ago, and here they are in two separate clips, "Hole In The Sky" in a London clip from June, "Singer Without A Song" performed in Sydney in March.

"Hole In The Sky"

"Singer Without A Song" 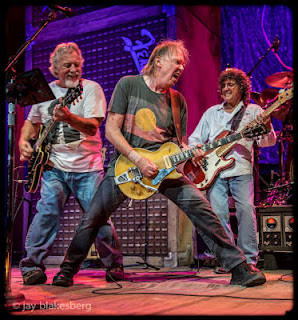