Blaine L. Reininger is a founding member of the San Francisco avantgarde group Tuxedomoon. In 1984 he released his second solo album, Night Air, after having left the group the previous year. He later returned to the fold, but there is no denying a time off was good for him as Night Air definitely equals the best of Tuxedomoon's records. That Reininger and the rest of the band based themselves in Europe is no surprise when you hear songs like the title track from Night Air, which is a lot of things but decidedly more European in sound than American. It's a beautiful and strange song, nocturnal as the title suggests, with an overall hypnotic Middle Eastern flavour. The production may seem a bit dated, but I think it still sounds great. 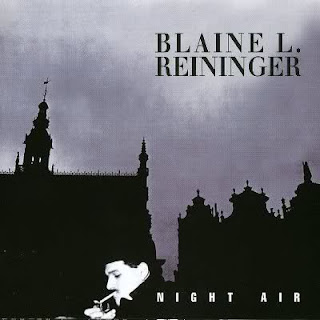