The Cut - I Wish I Was Simple

The Cut was a Norwegian post-punk band who deserve a better epitaph than they seem to have. The band released two albums that took two different paths, and, as is often the case with young bands struggling with identity and/or popularity or sales, soon disbanded. Both albums are very good, especially debut album Shadow Talks (1981), produced by John Leckie, the Brit who's famous for his work with bands like Magazine, Simple Minds and XTC at more or less the same time. "I Wish It Was Simple" was the decidedly un-chart-friendly single from the album, but boy is this a song with great energy. It's very European-sounding, drawing on influences like David Bowie, Simple Minds and early Ultravox (it seems to me). German singer Volker Zibell's voice is full of despair and an apparent alienation that was a bit typical of the time the record was made, and the band - including famous novelist Torgrim Eggen on bass - backs him with an urgent intensity. Fantastic song! 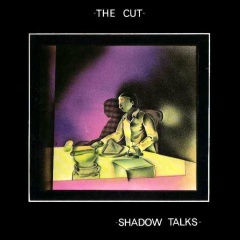