It's easy to disregard Deacon Blue as a kind of poor man's Prefab Sprout, but that would be a stupid mistake. Delve into the songs of Ricky Ross, and what you'll find is a treasure trove of brilliant pop music, that draws its influences from blues, jazz and folk music, but stays pop all the same. The songs always sound heartfelt and honest, and there's no denying that Ross has a lovely voice. "Love And Regret" was one of five singles released from the Scottish band's second album, 1989's When The World Knows Your Name. 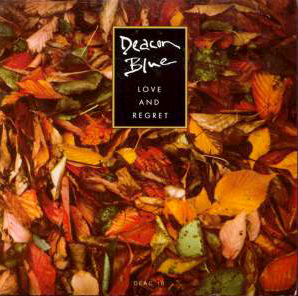