Thank God there are still a few record shops left in the world! Yesterday I visited the chainstore Platekompaniet in Oslo (who dabbles in games, movies, books and everything else as well) and heard this track playing in the store. Old school style I had to ask what they were playing because my Shazam app didn't recognize it, and there I was with Gwen Guthrie's album Padlock in hand. The track "Hopscotch" was playing, and as you may have gathered by now, I took an immediate shine to it. This was released as a 12-inch single in 1983 and produced by the DJ Larry Levan who was spinning records at the legendary New York City nightclub Paradise Garage, which is considered a prototype for the modern dance club. Here it was all about the dancing, and the DJ was the center of attention. "Hopscotch" also featured on the mini-album Padlock that was released in 1985, also featuring the title track and some other funky tunes. This is pure club music, disco at its core with a strong funk basis, but also incorporating elements from hip-hop and even house music as this was the early stages of house, a good while before anyone had heard of it. It's more than eight minutes of fabulous dance music, a song that can lift any party to unheard of heights. It also has to be noted that the musicians are some of the legendary Compass Point All Stars bunch, namely Sly Dunbar, Robbie Shakespeare and Wally Badarou, as well as a guy named Darryl Thompson. These are guys who can really play. And yes, I did buy the record yesterday. 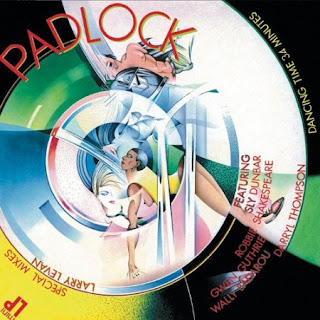