Crowded House frontman Neil Finn is about to finish his third solo album and plans to wrap the recording in January. He hopes the album will be released in 2013, but as he says to Billboard.com, "I've become used to not really prediciting when records will come out". Meanwhile he's gaining attention for the theme song for the first Hobbit soundtrack called "Song Of The Lonely Mountain", in every way an atypical Finn song, but fine nonetheless. The as yet untitled new album is Finn's first solo release since 2001's brilliant One Nil.

Full story and listen to "Song Of The Lonely Mountain" here. 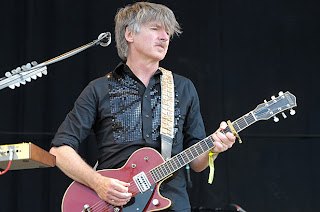