Nick Cave And The Bad Seeds - In The Ghetto

Nick Cave is of course mostly noted for his songwriting abilities, but he can do wonders with other people's work as well. With The Bad Seeds, he released the Mac Davis classic "In The Ghetto" as a stand-alone single in 1984, prior to the band's debut album From Her To Eternity and two years before releasing an entire album of cover versions, the wonderful Kicking Against The Pricks, on which they tangled songs by Jimmy Webb, Velvet Underground, John Lee Hooker and others. While Elvis Presley of course made "In The Ghetto" famous as well as "his own", Cave's chilling version rings just as true. 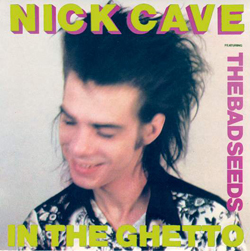