There have been some controversies around The Stranglers' 1981 single "Golden Brown", due to its allusions to heroin. The band members themselves have both denied and confirmed it's about heroin, at one time calling the song the equivalent to an aural Rorschach test, claiming people hear what they want to hear. Nevertheless it's an extraordinary song, led by harpsichord and alternating between 6/8 and 7/8, an unusual combination for a hit single. "Golden Brown" actually reached number two on the UK charts in February 1982 and was a hit in many countries. The video is amazing as well. 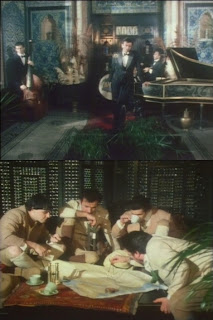