The Real Thing - You To Me Are Everything

The perfect love song? The Real Thing's 1976 hit "You To Me Are Everything" with its couplet of the title and the line "the sweetest song that I can sing" is a stunner of a disco number, British in fact, whereas everything about the song, the group and the performance points to America. It reached number one on the UK charts, but only 64 in the US, but that was due to a number of cover versions that was released more or less simultaneously which confused record buyers. Still, a fantastic song. 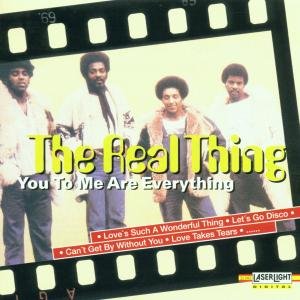