Sector 27 - Not Ready/Can't Keep Away

After Tom Robinson Band disbanded after two fine LPs, Robinson founded his next effort Sector 27. A far cry from the pub rock/almost-punk of "2-4-6-8 Motorway" or "Up Against The Wall", Sector 27 sounded completely different, a post-punk outfit reminiscent of other bands of the time, such as Magazine, Scars and even U2. U2 and Sector 27 also had producer Steve Lillywhite in common who produced both their debut albums in 1980. Everyone knows what happened to U2, while Sector 27's story is shorter. Robinson left after one album, but the band apparantly continued for some years without making any marks. The band's eponymous album was not bad though, and the first single, released in July 1980, four months prior to the album, was absolutely amazing. "Not Ready" was the A-side, but the B-side "Can't Keep Away" is even better in my opinion, so I've put up both songs here. Classics in my ears, but I don't know about many others who know their Sector 27 very well. Hope you like these songs. 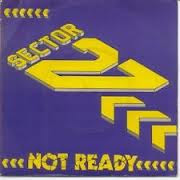 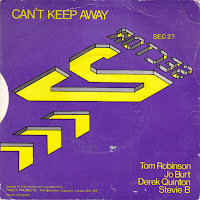 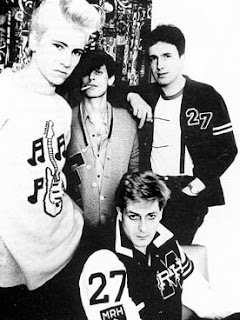