The Jam - In The City

The Jam's 1977 debut single "In The City" was punkish, but not quite. They were at the time labelled outside the punk scene, possibly due to their evident mod revivalism, but the energy inherent in the young Paul Weller and his cohorts shows a pure DIY punk attitude. In the case of "In The City" (also the title of the debut album) that attitude came with an added stab at police brutality that was very much a theme at the time. Here they are, as presented by Tony Wilson. 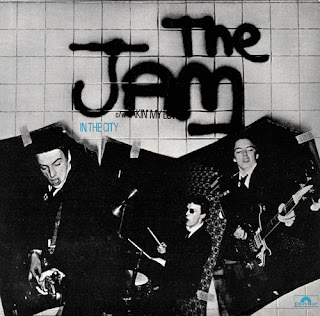