The title track from The Stooges' second album, released in 1970, is an astounding piece of rock music, or proto-punk or whatever you want to call it. It's more than seven minutes of raw energy, fronted by Ron Asheton's frenetic guitar and Steve Mackay's insane saxophone, held together by the steady beat of drummer Scott Asheton and bassist Dave Alexander, with Iggy Pop alternately screaming, sneering and howling all over the song. Upon hearing "Fun House" it's like you're entering the nine circles of hell, and if you're lucky, you'll make it through to the other side. Below you'll find the audio file for the original 1970 studio recording, as well as a live clip from Sydney in April this year. This is where Iggy in front of the reunited Stooges (with James Williamson replacing Ron Asheton after his death but playing just as fiercely and Mike Watt replacing Dave Alexander who died back in 1975) urges the audience to come up on stage and "dance with the fucking Stooges". And that they do. It's absolute mayhem on stage and I truly pity the security guards. The audience seems to have a lot of fun though! Let me also add that this is only weeks before Iggy's 66th birthday. I don't see many 66 year-olds behaving like this. 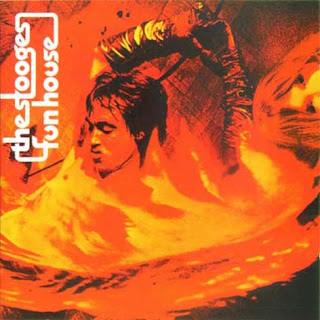