The Civil Wars - The One That Got Away

American folk duo The Civil Wars sound like a country-blues version of Buckingham Nicks-era Fleetwood Mac, sometimes veering off in the direction of the McGarrigle sisters, other times sounding more like the Wilson sisters of rock band Heart. After the alarming news late last year that the pair - singer/songwriters Joy Williams and John Paul White - were taking some time off due to "internal discord and irreconcilable differences of ambition", it was quite surprising that they solved their problems so soon as to already have their sophomore album out this week. In June the first single "The One That Got Away" were released, and it's also the opening track on what has become a beautiful album, an impressive follow-up to the highly successful 2011 debut Barton Hollow. Let's hope they've put all differences aside now and are able to concentrate on the band. 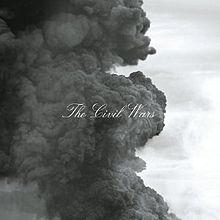