One of the saddest and most beautiful songs of all time, The Smith's "Please, Please, Please, Let Me Get What I Want" was first released as the B-side to The Smiths's fifth brilliant single in a row, 1984's "William, It Was Really Nothing". But where the previous four singles were concerned, the A-sides were indeed the best songs, this time however, quite the opposite, even though "William..." is a classic in its own right as well. "Please, Please, Please..." has led a charmed life, being picked up by Hollywood on a few occasions. John Hughes chose The Dream Academy's instrumental version (they did it with vocals too, of course) for his wonderful comedy Ferris Bueller's Day Off, and the original has been used in Pretty In Pink, (500) Days Of Summer, Never Been Kissed and several other movies. Below you'll see a clip with The Smiths' original, set to scenes from (500) Days Of Summer featuring Zooey Deschanel and Joseph Gordon-Levitt. 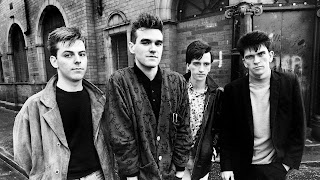