Kirsty MacColl were tragically killed in 2000 when a motor boat ran her down while she was swimming on vacation in Mexico, but what a songwriting legacy she left! She had a rare knack for brilliant pop songs, and the most witty, intelligent and funny lyrics for miles and miles around. She also had a love for latin rhythms that she employed on most of her records. In 2004 the 3CD compilation From Croydon To Cuba was released, and among its many treasures were the previously unreleased "London Bridge Is Falling Down", a wry look at British foreign politics in the light of the former empire. A great salsa number with irresistable rhyhtms and a melody to die for. Straight into the category "critizise your government with an enormous smile on your face". 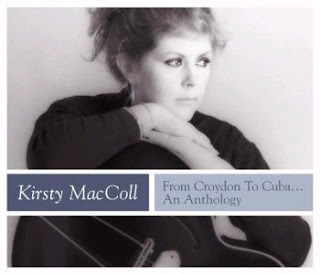