It could only be me, but has modern dance music become a lot better over the last few years? Acts like Swedish House Mafia, David Guetta and DJ Tiësto seen to have brought melody and pop sensibilities into the genre formerly despised as "techno", and it results in songs like "Clarity". Even though it's two years old now this one is still relevant because of British singer Foxes' current hit single "Let Go For Tonight". German/Russian producer/DJ Zedd's "Clarity" (2012) is just amazing music to dance to, and a great showcase for Foxes - or Louisa Rose Allen as she is actually named - as a singer. A fabulous song that just makes me want to go clubbing - hardish... 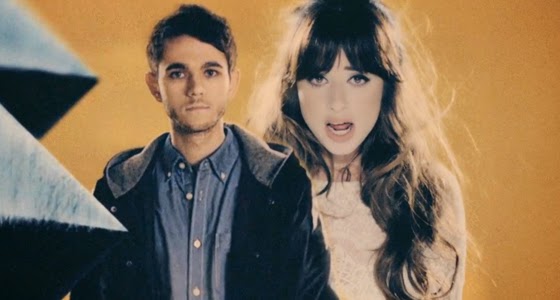