There is a major Prince comeback in the works, as his recent activity clearly shows. Being one of the most important acts of the 1980's, he's got a lot to prove as he "owned" neither the 90's or the 00's in the same respect. However, there's no denying he is a musical genuis, and his latest singles such as "Rock And Roll Love Affair" and "Breakfast Can Wait", and his shows with the band 3rdeyegirl in the UK recently were reportedly the real deal, one intimate show was even performed at the home of wonderful R&B singer/songwriter Lianne La Havas in London. His latest single is called "FALLINLOVE2NITE" and sees him back on a major label, Epic Records, where he has joined forces with chairman and CEO of the company, L.A. Reid, for the release. The song is incredibly catchy, a dance number that sounds like an organic version of something by David Guetta with a fabulous horn section and additional vocals by the lovely Zooey Deschanel, famed actress and singer/songwriter and one half of the duo She & Him. Apart from the fact that he delivers a fabulous vocal performance, "FALLINLOVE2NITE" doesn't really sound like anything I've heard by Prince previously, and may be the reason why I like it so much. It probably won't feature on the reported, forthcoming album PLECTRUMELECTRUM with 3rdeyegirl, but is released as a stand-alone digital single. Awesome! 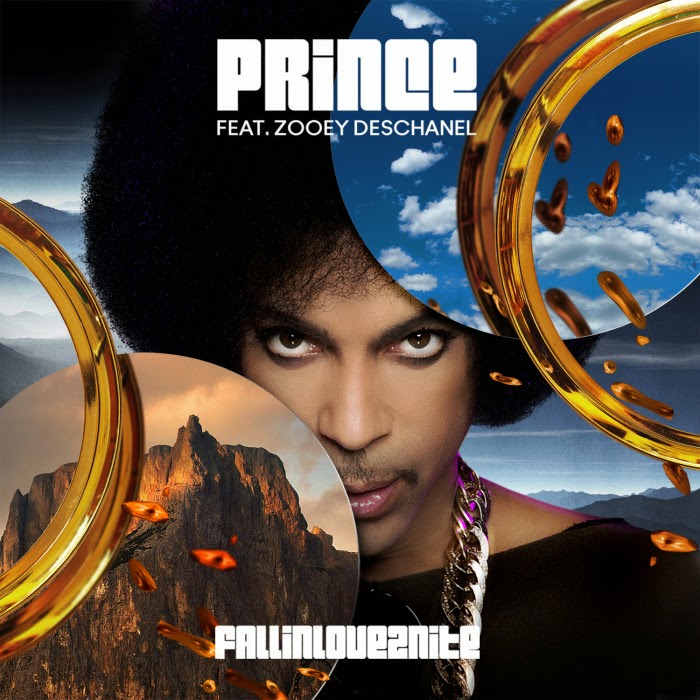