Barry Manilow - I Write The Songs

It's far too easy to laugh at Barry Manilow and shrug him off as a lightweight MOR singer. The man has actually got an incredibly good voice and he knows a great melody when he hears one. "I Write The Songs" is as good an example as I can think of, an extraordinary ballad written by Bruce Johnston who used to be in The Beach Boys. It was written in 1975, and Barry took it to the very top of the Billboard Hot 100 singles chart in the US in January 1976. This is really one of the great ballads, and it has of course been recorded by loads and loads of people, including Frank Sinatra, Johnny Mathis, Tom Jones, Ray Conniff and Richard Clayderman! 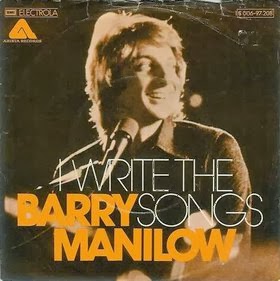