British singer/songwriter Ed Sheeran's got a massive hit single with "I See Fire", the Peter Jackson-commisioned song he wrote for The Hobbit: The Desolation of Smaug. No wonder as good as it is. I wrote about it some months ago when it first appeared, but would like to share this remix by Kygo, a 22 year old studio wizard from Bergen, Norway who's lucked out with remixes for other people as well, such as Rihanna, James Blake and Ellie Goulding. Also, he's currently enjoying a fair amount of success and recognition for his amazing remix of Kyla La Grange's "Cut Your Teeth". You're also able to download several of his remixes by visiting his Soundcloud or Facebook page. 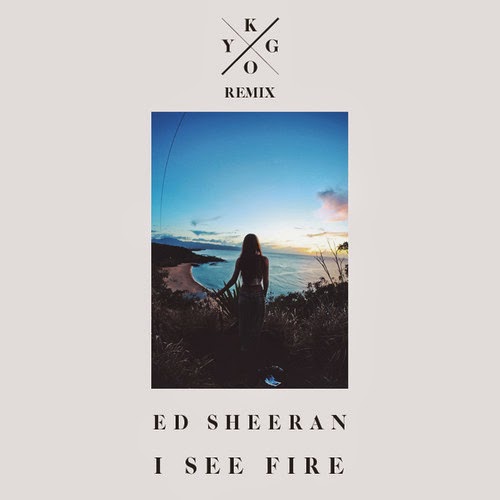