New York City-based four-piece American Authors are behind "Best Day Of My Life", a total feelgood track with serious leanings toward the folk rock of Mumford & Sons. No wonder then that it's become a hit single, as it's just incredibly catchy with a sing-a-long chorus you wouldn't believe. It first appeared on the band's eponymous 2013 EP, and is naturally included on their proper debut album Oh, What A Life, that has just been released. Everybody now: "This is gonna be the best day of my li-i-i-ife, my li-ah-li-ah-li-ah-li-i-i-fe"! 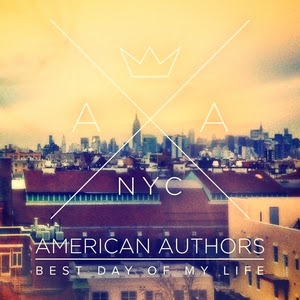