Finally the video to what may very well be the biggest hit of 2014 is ready for viewing. Seemingly from out of nowhere this guy calling himself DJ Cassidy appeared, with guest singers Jessie J and Robin Thicke, performing a song steeped in the disco tradition of the late 1970's/early 80's titled "Calling All Hearts", which is simply a call to forget your problems for a few minutes and get up and dance. Apparently Cassidy has spent four years making the forthcoming album from which the song is taken, assembling a cast of musicians from the history books of that particular era - Nile Rodgers of Chic fame (and of course everything from Sister Sledge and Diana Ross to Madonna, David Bowie and Daft Punk), Philip Bailey, Verdine White and Larry Dunn from Earth, Wind & Fire, John "JR" Robinson from Rufus and others. Additional guest singers on the star-studded album are Usher, R. Kelly, Cee-Lo Green, Ne-Yo, Mary J. Blige, Estelle, Kelly Rowland, John Legend and more. The album is called Paradise Royale and will be released some time this spring, but for now, please enjoy "Calling All Hearts", the best dance song I've heard in ages (and I know some really good ones are coming along all the time) and maybe even the best song to be released all year.

The making of "Calling All Hearts" 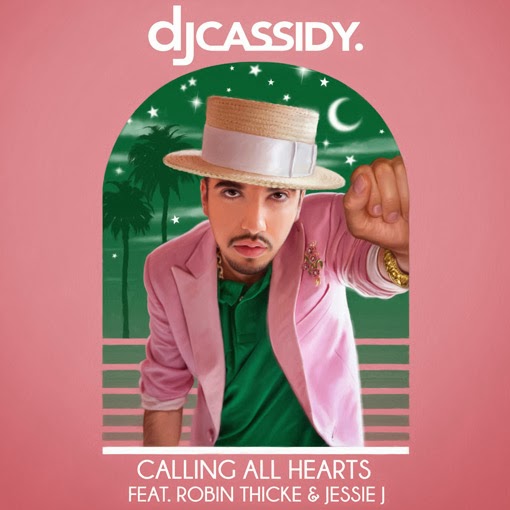