For the seventh year running The Killers have recorded a Christmas single for the (RED) benefit organization. "I Feel It In My Bones" is a killer track (excuse the pun) and a sequel to 2007's "Don't Shoot Me Santa", once again featuring Ryan Pardey on guest vocals. Super catchy song, and the video is fantastic, with Pardey as a really, REALLY bad eggnog-swigging, candy kane machete-wielding, motorcycle-riding revenge-seeking Santa from Hell. 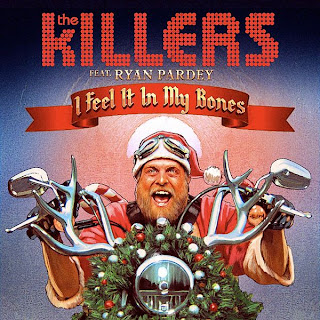