Los Angeles-based Allah-Las released one of my favourite albums this year, that unfortunately got to me after the compiling of my best of 2012 lists. Flying slightly below the radar, this Nuggets-era sounding band released an eponymous debut album that garnered deservedly great reviews in the British music mags, but it has not yet been released in Norway or, I fear, in the rest of mainland Europe. It's chock full of great songs that sound exactly like they were written and recorded in 1967-68, and "Busman's Holiday" is not among the best songs. It's fantastic all the same, and that says a lot for this album. Let 2013 be the year that the world discovers Allah-Las! 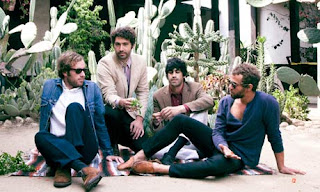