One of the best and most famous Christmas rock songs ever written is Lou Baxter and Johnny Moore's "Merry Christmas Baby", first recorded in 1947 by Johnny Moore's Three Blazers and subsequently covered by a whole lot of artists, including Otis Redding, Chuck Berry, Elvis Presley & B.B. King. Although the Moore original may be considered the definitive version, a lot of good can be said for the Bruce Springsteen & The E Street Band version that appeared on the original A Very Special Christmas album in 1987. This take is from the Conan O'Brien Show in December 2002, and it sounds fantastic. 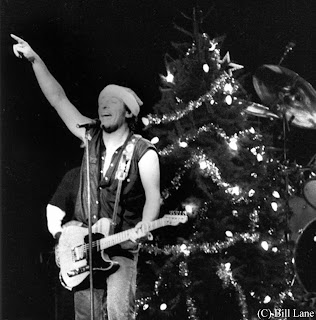