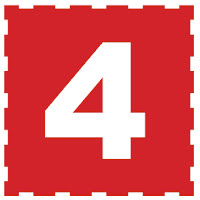 My all-time favourite Christmas album is a 2002 collection called Christmas With The Rat Pack, filled with festive songs by Frank Sinatra, Dean Martin and Sammy Davis Jr. It's as christmassy a record as you can possibly find, steeped in Hollywood schmaltz Disney-style, evoking Christmasses of your childhood like you wouldn't believe. "The Christmas Waltz" that Sinatra released as a single in 1954, is one of the lesser-known songs here, as the title suggests a waltz, and as beautiful as any, sung by one of the greatest voices ever to grace popular music. It was written by Jule Styne with lyrics by Sammy Cahn, and if this does not get you in the proper Christmas mood, nothing will. You can also find the song as a bonus track on the CD reissue of Sinatra's 1954 Christmas album A Jolly Christmas From Frank Sinatra.