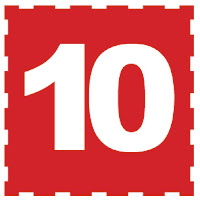 Pave the way for one of the best voices to ever sing a song. Any song. Roy Orbison's 1963 recording of Willie Nelson's "Pretty Paper" is one of the truly, undeniably great (make that GREAT) Christmas songs. It's also one of the saddest songs you can imagine, helped along in that respect by Orbison's haunted, vulnerable singing. Willie himself recorded "Pretty Paper" in 1979 for his Christmas album of the same name, but it's The Big O's version that is the definitive one.