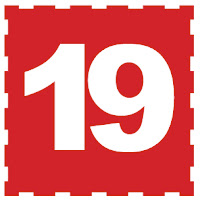 And now for something completely different: Cowboy poetry! Michael Martin Murphey is an American singer/songwriter of a certain fame, having written songs recorded by The Monkees, Flatt & Scruggs, Bobbie Gentry, Kenny Rogers and others. He's equally well-known for his records of western and cowboy songs, performing songs or poems written by actual cowboys, many of them more than a 100 years old. "Cowboy's Christmas Ball" appeared on the 1991 album Cowboy Christmas: Cowboy Songs 2 which also featured such classics as "Old Time Christmas", "Christmas Cowboy Style" and "Merry Texas Christmas You All". To me "Cowboy's Christmas Ball" is the standout track, a jolly stomp through verse after verse of cowboy poetry about a ball in Anson, Texas that's getting livelier by the minute. The original poem was written by the cowboy William Lawrence "Larry" Chittenden (1862-1934) in 1890, and like a lot of old folk songs and poetry it has evolved through the years with different verses being added and removed. Rock band The Killers also recorded it last year for what has become their annual Christmas recording. It's a fine version that differs a lot from the Murphey version. For his version Murphey is helped by vocal group Riders In The Sky and Suzy Bogguss, and it is by far the better one.