Penthouse Playboys, fronted by the enormously enigmatic singer Jens Pikenes, specialize in improving well-known and loved songs, and each December the band do a series of concerts at the Oslo club Rockefeller Music Hall, always with a special guest artist. Among the band's many memorable interpretations are "A Kind Of Christmas Card", a-ha singer Morten Harket's solo power ballad that's turned into a latin rhythm fest, with a driving farfisa organ, doo-wop harmonies, a fine trumpet solo and Pikenes' convincing delivery. It was the opening track on the band's 1996 debut album Sånn skal det gjøres (That's the way to do it). A great time is to be had for everyone, I guess. Enjoy the show! 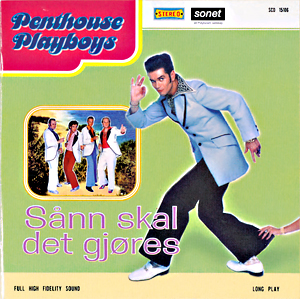