For some reason I felt like listening to some old punk, and the choice fell on Belfast stalwarts Stiff Little Fingers and their bitingly angry second single, 1978's "Alternative Ulster". This was recorded at the height of "the troubles" in Northern Ireland, and the message was clear from singer Jake Burns and his young compadres: "An alternative Ulster, grab it, change it, it's yours!" The single was included on the band's classic debut album, Inflammable Material (1979). The live clip below shows the band at its youthful best. 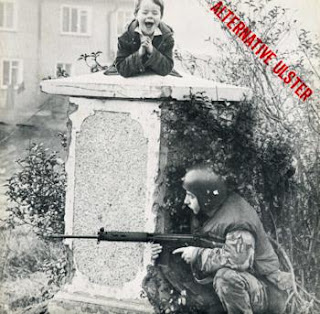