After more than 30 years on the independent Mute label, Depeche Mode has signed to major label Columbia Records for a worldwide deal. The band's new, as yet untitled, album, will be released in March. In a press release songwriter Martin Gore says he is "very happy with how the album turned out. The music has a similar vibe to Violator and Songs Of Faith And Devotion, and I think the songs on the album are among some of the very best we've done". That's excellent news if you ask me, as those are probably my two favourite Depeche Mode albums. Below you'll find a collage of new music from the recording studio, and these short excerpts sound very good indeed. 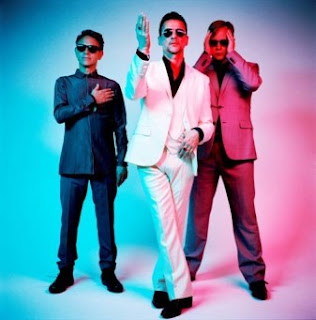