Here's the brand new Eels single, lifted from the upcoming album Wonderful, Glorious that is to be released in February. Mark Oliver Everett, or simply 'E' as he calls himself, is back after a short break following the release of three brilliant albums released in short succession in 2009 and 2010, and will follow his new album with a short tour. Below you'll find both the music video for the fuzzy "Peach Blossom" as well as a listing of the tour dates. 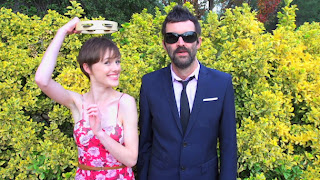