Duran Duran - Leave A Light On

Duran Duran's mostly excellent latest album All You Need Is Now was released digitally in December 2010 as a 9 track album, and released physically three months later, now with a total of 16 songs. The stand out track all the while was "Leave A Light On" that sounds quite similar to the band's 1982 classic "Save A Prayer". "Leave A Light On" is not that good, of course, but it's still a fantastic song, a melancholy ballad with an intoxicating and hummable melody. Why it has not become a hit is beyond me. 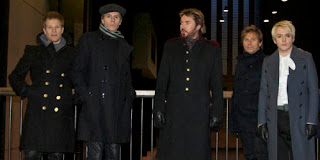