Ah, the carefree sixties, the hedonistic decade where everyone was dancing and smiling, wearing brightly coloured clothes, and generally having tons of fun. Yeah, right! But that was indeed part of the picture, as you can see in this video for Herb Alpert's enjoyable easy listening classic "Tijuana Taxi" from 1965. With his "Mariachi" band The Tijuana Brass, where actually none of the members were Mexican, he produced a string of instrumental hit singles following the debut smash "The Lonely Bull" from December 1962. "Tijuana Taxi" (1965) "only" reached number 38 on the Billboard Hot 100, but who cares? It's a classic song that is sure to get your spirits up. Love it! 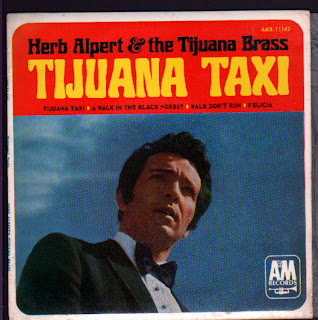