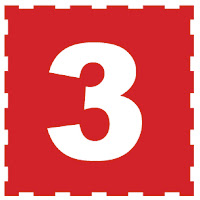 Smith & Burrows - "When The Thames Froze"

This is such a great song, released only last year, and still as good as when I first heard it. Or maybe even a little better... Anyway, here's what I wrote about it about a year ago:

Smith & Burrows (that's Tom Smith, lead singer of The Editors, and Andy Burrows, ex-drummer of Razorlight and present-day member of We Are Scientists) have written the wonderful "When The Thames Froze" for their recently released Christmas album Funny Looking Angels. The title "When The Thames Froze" is of course a metaphor for the hard times that seem to have befallen the UK in recent years, but although the song's got lines like "God damn this government, will they ever tell me where the money went?", it ends on a positive note. It's a fantastic song and should be a future Christmas classic. It's not very likely to pop up on any compilations featuring Boney M's version of "Mary's Boy Child" or Mel & Kim's "Rockin' Around The Christmas Tree" anytime soon, but I will definitely be playing it in the Christmases to come.