It's been ten years since R&B man Cody ChesnuTT from Atlanta, Georgia released his first album The Headphone Masterpiece. It featured the original for "The Seed", a song that was picked up by The Roots who recorded it together with Chesnutt, making it into "The Seed 2.0", his closest brush with success yet. This autumn a follow-up album finally arrived. Landing On A Hundred is a neo-soul masterpiece, where ChesnuTT emerges as a modern day Marvin Gaye with some truly stunning songs throughout. It remains to be seen if the album will become a success, but it's probably too good for that. Here are a few songs to whet your appetite.

"What Kind Of Cool (Will We Think Of Next) (live)" 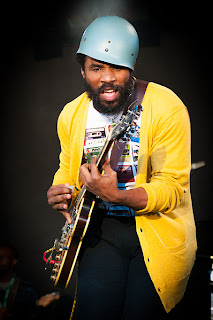