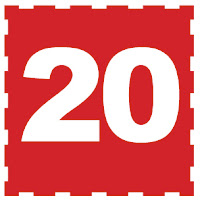 No Christmas is complete without Slade, or at least, it hasn't been since 1973 when the British glam rockers took "Merry Christmas Everybody" to the top of the UK charts. It was written by singer/guitarist Noddy Holder and bassist Jim Lea, and became the band's sixth number one single, keeping another Christmas classic that same year at bay, when Wizzard's fabulous "I Wish It Could Be Christmas Everyday" stalled at number four. "Merry Christmas Everybody" is a perfectly joyful Christmas song, a bit rowdy and with a great sing-a-long chorus. Everybody go: "So here it is, merry Christmas, everybody's having fun, look to the future now, it's only just begun."