Fleetwood Mac's classic album Rumours will be released in several new formats on January 28th, and among the bonus features is a live disc with performances from the band's 1977 tour in support of the album. There will be an extravagant six-disc super deluxe edition featuring four CD's, a DVD and a vinyl edition of the album, a more reasonably priced three-CD set, and also a straight-up CD release of the actual album. More details and full track list can be found here.

And now, listen to the previously unreleased live version of "Monday Morning" from the band's self-titled 1975 album by going here. 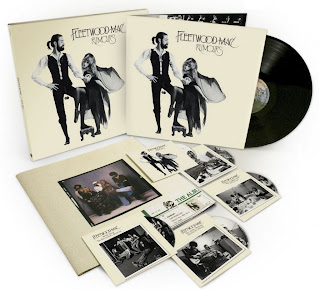