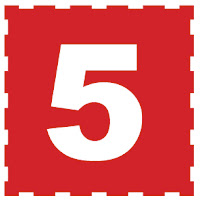 "It Doesn't Often Snow At Christmas" is Pet Shop Boys' commentary of the many travails of Christmas that can befall us, whether it's the lack of snow or how gifts and money overshadow the actual message of the holiday. It's a fantastic song, the first successful attempt probably on a hi-NRG Christmas song, and boy does it succeed! It gets you in the mood, reminding us of what is good about Christmas, and as is customary with Pet Shop Boys, it's dead catchy. "It Doesn't Often Snow At Christmas" was first released as a fan club only single in 1997, but was re-recorded for inclusion on the 2009 EP Christmas. The version below is from the excellent 2010 DVD Pandemonium, filmed at the O2 Arena in London on December 21st, 2009.