Prince is back with a brand new single called "Rock & Roll Love Affair". It's basically a 12 bar blues, a rock song with a great melody, that references his classic song "Take Me With You" as well as starting with the not very subtle line "She believed in fairy tales and princes, he believed the voices that was coming from his stereo, he believed in rock'n'roll". The song never really gets to a chorus, but it's got a great, steady beat, and a video where you see "the purple one" and his (mostly) female band play and have a good time. It's the kind of video I like the best, where you see musicians actually performing. Great single, so let's hope it precedes an equally good album. 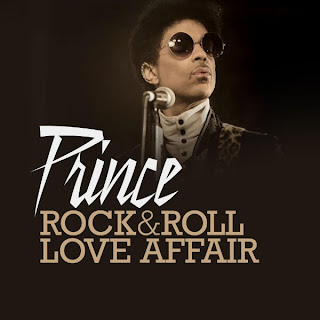