It's quite possible that Janelle Monáe is the coolest person on the entire planet. Have a look at this performance of "Faster", recorded on the British TV show Later... with Jools Holland, and then disagree with me. You probably can't. Knowing full well the value of a proper image, with the trademark bowtie, two tone shoes and the hairdo from outer space, her excellent looks is further augmented by musicians that also dress exceedingly cool and really know how to move on stage. The album The ArchAndroid that "Faster" is picked from was released in 2010, and let's hope the follow-up will appear in the new year. I, for one, am hungry for more, and I know I'm not alone in this. 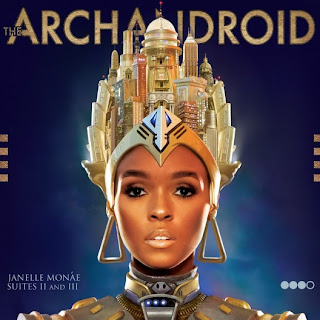